Welcome to the EC Comics Wiki 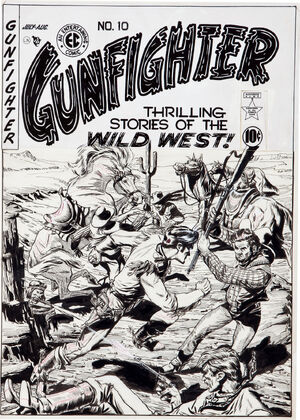 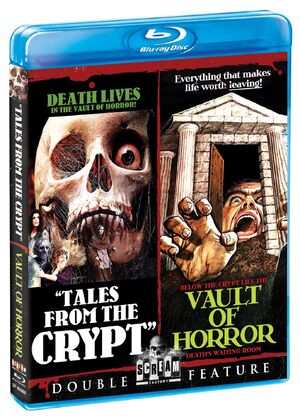 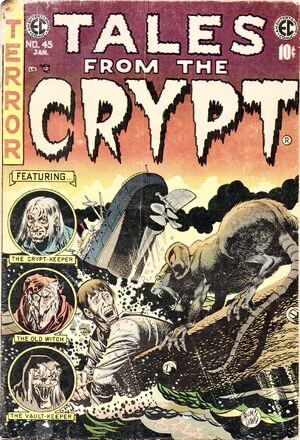 Sites that may be of interest to EC fans

Friends of the EC Comics Wiki 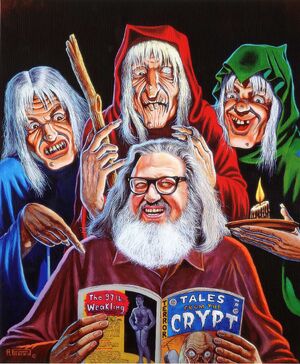 About EC Comics Wiki This wiki was started as a fork of another wiki that the old EC wiki had been merged into, and is now its own stand-alone wiki with new articles, comic covers, art, and more.

EC Comics is a comic book publishing company that in the forties and fifties published titles such as Tales from the Crypt, Vault of Horror, Weird Science, MAD (later cchanged over to MAD magazine) and others. EC Comics is currently owned and managed by the Gaines family.

There have been reboots of the old EC titles as well in recent decades: In the early 1990s, a reboot of Two-Fisted Tales was carried out by Harvey Kurtzman, bearing the EC logo; However, the new series lasted only 2 issues. Later on in the 2000s a attempt to relaunch EC and print a new series of CRYPTs was carried out by comic publishing company Papercutz, but the title lasted for only 13 issues. Most recently Tales from the Crypt Vol 3 comics were published by Super Genius under a license with EC Comics.