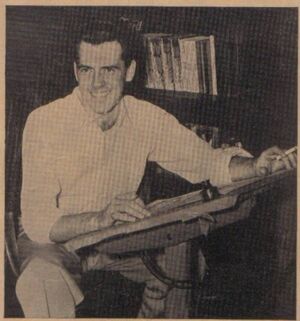 Johnny Craig (John Thomas Alexis Craig) was an artist and writer for EC Comics, from 1947 through 1955. Craig was responsible for editing Vault of Horror beginning in 1954 with issue #35.

Craig was also responsible for the creation of the fourth EC Ghoul-Lunatic horror host character, "Drusilla".

After EC Comics folded their comicbook titles to focus on MAD magazine, Johnny Craig went on to work for Atlas Comics for a brief period, and worked for the Warren horror comic-magazine titles from 1966 to 1968, using the alias "Jay Taycee", before focusing on fine art paintings ( - See below gallery.) 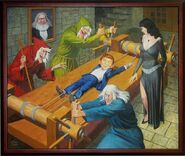