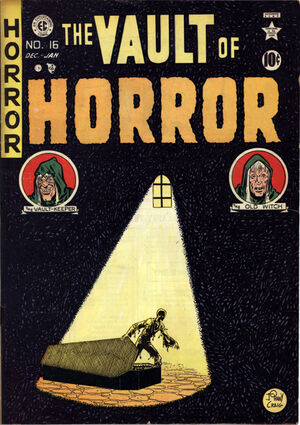 A guest at a hotel in Hungary is murdered....torn to shreds, the third such occurrence. Other patrons decide to check out and the owner is visibly upset. In order to get business, he calls the agent of concert pianist Madamoiselle Micheline and informs them he will provide her accommodations absolutely free. Soon after, some movers bring in her personal piano for her suite, followed by her later on, and she informs the owner she will out for the evening and NO ONE is to enter her room. It seems strange that she never really checked in prior to her appearance, is never seen during the day and only practices her piano at night...though no one has ever heard her practice! But the effect is immediate: the hotel fills up with guests....but then one night, a patron is horribly killed....by a werewolf some say....and the people begin checking out as well as all employees. Later that evening, the owner greets Miss Micheline, who heads up to her room.....then he has a sudden horrible feeling and turns into a werewolf. He heads up to her room and enters, but cannot find any trace of her except her piano, whose lid he opens and finds dirt. As he ponders this, Madamoiselle Michelin, now turned vampire, springs out of the darkness and attacks him!

Young Stanley stands before a dismal home belonging to his Uncle Ezra, the town undertaker, then knocks and is rudely greeted by his uncle. Entering, there is no heat on because the uncle can't afford it, nor can he afford to keep his nephew now that his mother has died. Stanley offers to work for his food and room, and Uncle Ezra agrees, putting the lad to work. Soon, Stanley discovers that his uncle takes jewelry and other valuable items from the corpses before sealing the coffins. One day a person dies and young Stanley goes over to make measurements for the coffin and tells his uncle....but the uncle misunderstands that an oak coffin is to be made and makes pine instead. Uncle Ezra is furious and strikes the boy in the back, accidentally paralyzing him. When the doctor arrives, the uncle lies and says the boy fell down the stairs. Later, Ezra decides to keep the pine casket for another body.....but when Stanley comes up the steps, Ezra pushes him down, killing him....and Stanley is put into the pine coffin. However, Stanley is too long for the coffin and Ezra knows what he must do. After the interment, Ezra is sitting is his home when he hears a knocking at the door, and when he appears, only Stanley's bandaged foot is there.....later, another knock results in Stanley's other foot being left. A third and final knock brings Ezra face to face with Stanley-----on crutches!

Appearing in "The Grave Wager"Edit

Synopsis for "The Grave Wager"Edit

At a Midwest amusement park, the barker is trying to interest patrons to see Pirro, the Wax Man, and three men: Roger Kane, Paul Bond and Clyde Lake all enter to view the man, and are horrified at the gruesome scene they witness. On the way out, Roger bets $20 that neither of the others would ever spend a night alone with a corpse, but the others tell him that they'll both bet $50 that Roger won't do it....and he agrees. The two suggest getting the corpse from a local graveyard, but secretly they get Pirro, the Wax Man, to play the part.....to better scare Roger! Pirro agrees to do it for $50.....his "body" is delivered to Roger's apartment, and Roger kicks back thinking everything will go smoothly. Suddenly the sheet over the corpse moves and the body gets up and walks toward Roger. The next morning, Paul and Clyde made their way to Roger's apartment to have a laugh, and enter the room to see Roger a raving maniac and the REAL corpse of Pirro....beaten to a pulp!

Convicts in the prison yard are ordered to unload a wagon full of bricks into wheelbarrows and take them over next to the cell block, a scene repeated over a series of days. A hearse pulls in and backs up to the prison morgue, where a simple pine box was removed and placed in the hearse for burial elsewhere. That night, as Pete Lugar lay in his cell, he devises a scheme to somehow switches places with a corpse being taken out of the prison, in order to make good an escape. He finds out how to get assigned to the morgue detail and volunteers for the task. Soon after, one of inmates on death row is put to death and Luger places the body in the morgue for one week to see if a family member claims the body. When no one does, arrangements are made for a hearse to come and pick up the body. Before that day, however, Lugar meets with a confederate during a visiting session to trail the hearse when it leaves the prison, hijack it and get Lugar to safety. That night in his cell, Lugar watches the inmates constructing some sort of a chimney out of the bricks that had been coming into the prison for weeks. The next day, Lugar is ordered to place the corpse in the casket and Lugar switches places with the corpse. When inmates come into the morgue to get the casket, they don't see Lugar....so they nail the coffin shut and take it outside and load it into.....the new crematorium!